This family began to attend local dog shows where we met & talked to breeders, exhibitors and judges.  After much hesitation, we decided to exhibit Ceno Vom Heinerburg, our import from Germany in the Veterans Dog Class at the German Shepherd Dog Club of St. Louis.  The judge was the respected Mr. Reginald Cleveland, an icon in the breed and a founding member of what was to become the original German Shepherd Dog Club of America.  With an incorrect lead and collar attached to our dog, I entered the show ring surrounded by experts and professional dog handlers.  Much to our surprise and delight, we were awarded 2nd place in a very large class.  Now bitten by the “Show Bug” we began to look for that special female who would become the Foundation Matron for what was to become HEINERBURG SHEPHERDS.

We were impressed by the dogs from Bel-Vista Kennels in Lebanon, Illinois.  Their gait was ground covering and exciting.  They were beautiful to look at and possessed a natural “Show Attitude”.  We contacted Joe and Charlotte Poepping, purchased ONYX, bred her with their guidance and produced our first “Home Bred Champions”.  Onyx became Register of Merit on that first litter.

Our breeding program began with the purchase of Bel Vista’s La Negra Onyx ROM. A bitch line bred on the great moving Hessian dogs of Art and Helen Hess. Breeding the German Shepherd Dog is a privilege and responsibility. Our goal is to breed GS Dogs who reflect the written Standard of the Breed and to always place puppies responsibly for the duration of their lives. We are not large volume breeders however; we are always available to consult with those looking for companions to join their family. Feel Free to contact us and PLEASE do make INFORMED DECISIONS to avoid bad experiences and or disappointments. 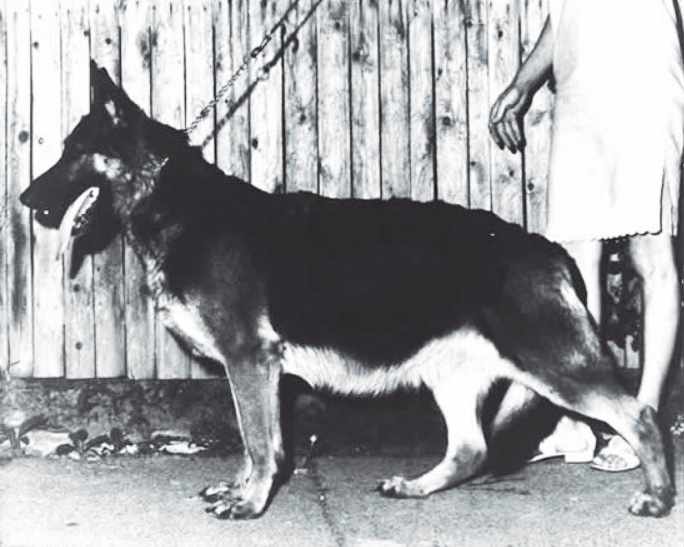 “HEINERBURG’S FOUNDATION FEMALE”
Bred by Bel Vista Kennels, Lebanon IL.
All of Heinerburg’s German Shepherds can be traced back to ONYX 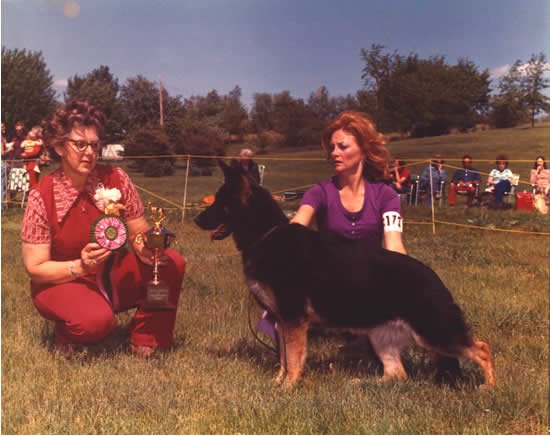 Our Beginning
Our Foundation
Offering at Stud
Malcolm Progeny
About Us